Are Losses Draining Your Energy and Finances? 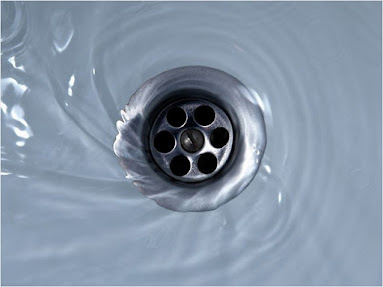 Muddy Waters
The finality of it all stands in stark contrast to the “better days ahead” optimism that was the coping mechanism for yesterday’s challenges. Realizing that the dream of continuing to operate as an independent company is rapidly slipping away, thoughts turn to shutting the doors, filing for bankruptcy, or selling everything to get out from under.

Time is Not Your Friend; Act Sooner Than Later

It is counter-intuitive, but the great majority of owners who eventually get through the painful process of winding up their company come out the other side healthier, happier, and with renewed vigor. For these individuals, the transition from business ownership while under duress serves as a life changing experience. Frequent remarks are:
No one ever chooses to be in this situation; regardless of whether the underlying cause of business demise was Covid-19, the credit crunch of the Great Recession or the tragedy of the 911 attacks. The universal truth from many cases is that there can be light at the end of the tunnel, and that light is not an oncoming train!

The starting point out from the tunnel of darkness has nothing to do with financial statements or traditional advice from accountants or lawyers. It has to do with self-assessment of your emotional mind-set.

Do any of the following four comments resonate with you?
When an owner acknowledges to himself/herself that staying in business is no longer an option, there is often a sense of relief in knowing that the focus has shifted from “whether to stay in business” to “what are my options, when do I make the move, and how do I go about this?”

The Survival Clock is Ticking

Once an owner acknowledges the inevitable, “what are my options” should not be the very next question. Think of this as an emergency room scenario. The patient checks in and is in distress. If the distress is acute and death is imminent, extreme immediate measures may be warranted. It’s open heart surgery time. Long term options such as a change of diet and an exercise regimen won’t solve the problem. It may be too late for planned elective surgery as a safer alternative. Time remaining on the proverbial clock defines the universe of options. Does the patient have years? months? weeks? days? hours? I call this the “survival clock” – this drives the subsequent decisions.

The most common answer is “a few months” and, using the medical metaphor, the owner can plan elective surgery to save significant elements of value with a softer landing for shareholders, employees, creditors, and customers. Indicative conditions would include:
If more than three of the following six warning signs of extreme danger are present, the survival clock is probably measured in a few weeks, maybe a month or two (but not many months), and rapid progress is advised to avoid a total loss of value and a hard landing for constituents:
Time to Pull the Plug?
A word of caution about owners doing their own self-assessment of time frame. Owners often misread how much time is left on the survival clock. Just like water going down the drain, the rate of business deterioration goes faster near the end. It appears slow at first, almost imperceptible. Let some time elapse and what happens? At some point, the losses are clearly visible, the water is circling. Finally, the last bit of water disappears in an accelerating spin that cannot be stopped.
Posted by Mark R. Hahn at 6:45 PM