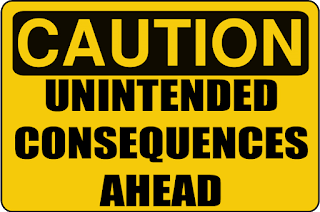 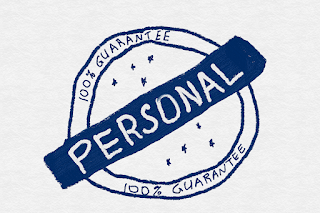 The SBA Paycheck Protection Program (“PPP”) is today’s rage among business owners fighting for survival in the Covid-19 environment. While the overall features and benefits of the program are excellent, a common misperception is making the rounds: business owners are not personally responsible for the SBA PPP debt.

As an advisor to financially challenged companies, I fully appreciate the popular appeal of this catch phrase. The danger, however, is that owners hear these words and fail to fully understand the broader context and the risks that could result in being on the hook to the federal government. While the legal documents are clear about “no personal guarantee,” they contain other provisions which could serve as a backdoor to personal liability.

Among possible triggers that could create an “accidental personal guarantee” and potential personal liability for the PPP debt:

Business Determination of Necessity: The application for the PPP funds require the borrower to certify that “current economic uncertainty makes the loan request necessary to support the ongoing operation of the applicant” (italics added). While there is a big gray zone on whether the funds are “necessary,” the question of necessity paves the way for personal liability for those borrowers that flagrantly violate the spirit of the program.

Individual Certification Requirement: The US Treasury has set up the SBA to play hardball down the road by requiring the person signing the application to certify that it is true and accurate in all material respects, stating that “I understand that knowingly making a false statement to obtain a guaranteed loan from SBA is punishable under the law.” The guidelines require applicant’s signoff on understanding that the bank can share tax information with the SBA Office of Inspector General for the purpose of compliance with the SBA Loan Program Requirements. These provisions give the SBA flexibility and authority to pursue personal liability cases without actual personal guarantees.

Business owners of companies that were financially “treading water” before the outbreak of Covid-19 should understand that there does not have to be a signed personal guarantee to become personally liable for a debt. There are often additional landmines where a misstep can result in accidental personal liability.
Posted by Mark R. Hahn at 11:10 AM No comments:

Customer Relationships are Like Fruit: Sweet & Tasty Until They’re Not

The current climate caused by the Covid-19 pandemic carries unique challenges. Experiences gained from the financial meltdown of 2008, the shock of the 911 attacks, the bursting of the dot-com bubble in 2000, and a wide range of lesser-known calamities, can be distilled into valuable insights, perspectives, and context for navigating today’s crisis. As promised to readers of The Hyde Opinion one week ago, I will be posting “knowledge nuggets” gained during the past three decades in which I have worked side-by-side with business owners in difficult situations.

Customer relationships are like fruits and vegetables in a grocery store. They are valuable only if the store has lights, air conditioning, heating, and workers to maintain their appearance. Their value can evaporate very quickly if the business fails to maintain the necessary conditions. It is of paramount importance to guard customers from the financial problems affecting the business. The protective seal around customer relationships is the trust and confidence they place in a supplier. That seal is often less resilient than many owners believe (one reason for not hitting revenue projections). Once that seal of trust and confidence is broken with one or two major customers, the proverbial “rotten apple” has begun to spoil the whole bunch and the damage can be hard to contain.

Once the mental construct takes hold to treat customer relationships as perishables, it makes it easier to accept the need for faster and more decisive action to preserve their value regardless of how unpleasant it may be to do so.
Posted by Mark R. Hahn at 7:31 PM No comments: 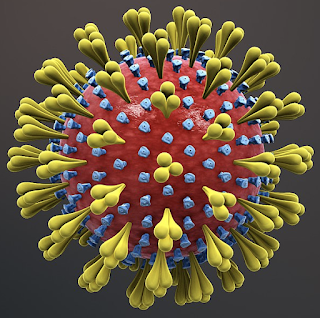 The Covid-19 pandemic has created a sudden and dramatic shift in the landscape for M&A transactions in the printing, mailing, packaging and graphic communications industries. At Graphic Arts Advisors, we hope for the best in the coming months, however we realize that many owners in the printing and related industries will be facing new challenges created by the near total shut down of many sectors of our economy. For those owners who need assistance, please know that GAA is open, operating on all cylinders and here to help owners navigate the potentially rough water ahead, assisting both buyers and sellers.

While Graphic Arts Advisors is well known for our core business serving profitable, well-capitalized companies, GAA has also built a niche practice unique in the industry assisting companies that require specialized restructuring and turnaround skills. We leverage our printing industry-specific legal and financial expertise to advise owners and structure creative M&A transactions in cases where the seller has too much debt and the buyer’s M&A offer, by itself, is insufficient to get the seller out from under. We offer proven, non-bankruptcy procedures for resolving debts while treating creditors fairly.

As the Covid-19 crisis unfolds, we expect consolidation to pick up across most, if not all, of the industry segments we serve. If prior experience is a guide, some owners will see opportunity to gain market share through strategic acquisition, and others will seek to gracefully transition from ownership under the backdrop of M&A and non-bankruptcy orderly wind-down.

Over the next several weeks, I’ll be posting knowledge nuggets gained during the past three decades assisting owners in difficult situations.
Posted by Mark R. Hahn at 5:05 PM No comments: 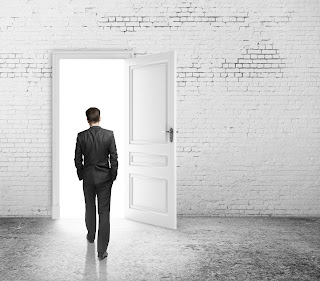 Ownership of customer relationships is one of the most challenging issues in financial restructuring and distressed M&A for a service business. The inherent tension between maximizing the value of corporate intangible assets and individuals monetizing their personal goodwill is magnified under the microscope of a critical pending transaction. It’s common for the corporate debtor to seek value for these assets while the key people (who may or may not be owners) may run for the exits or put a toe in the water to be swept away to a competitor.

The company’s lenders and creditors have a voice in this debate when a company is insolvent, generally seeking to realize the value of all corporate assets, including if possible, monetizing the intangible assets. It’s logical because if the customer relationships belong to the corporate debtor, they are subject to bank liens and creditor claims. If the customer relationships are an asset that is untethered to the corporate entity, they are capable of walking out the door freely.

Rapid fire negotiating decisions require well-reasoned tactical judgment from the M&A advisor to navigate the mine field of issues related to retention of customer assets.
Posted by Mark R. Hahn at 12:00 PM 11 comments: